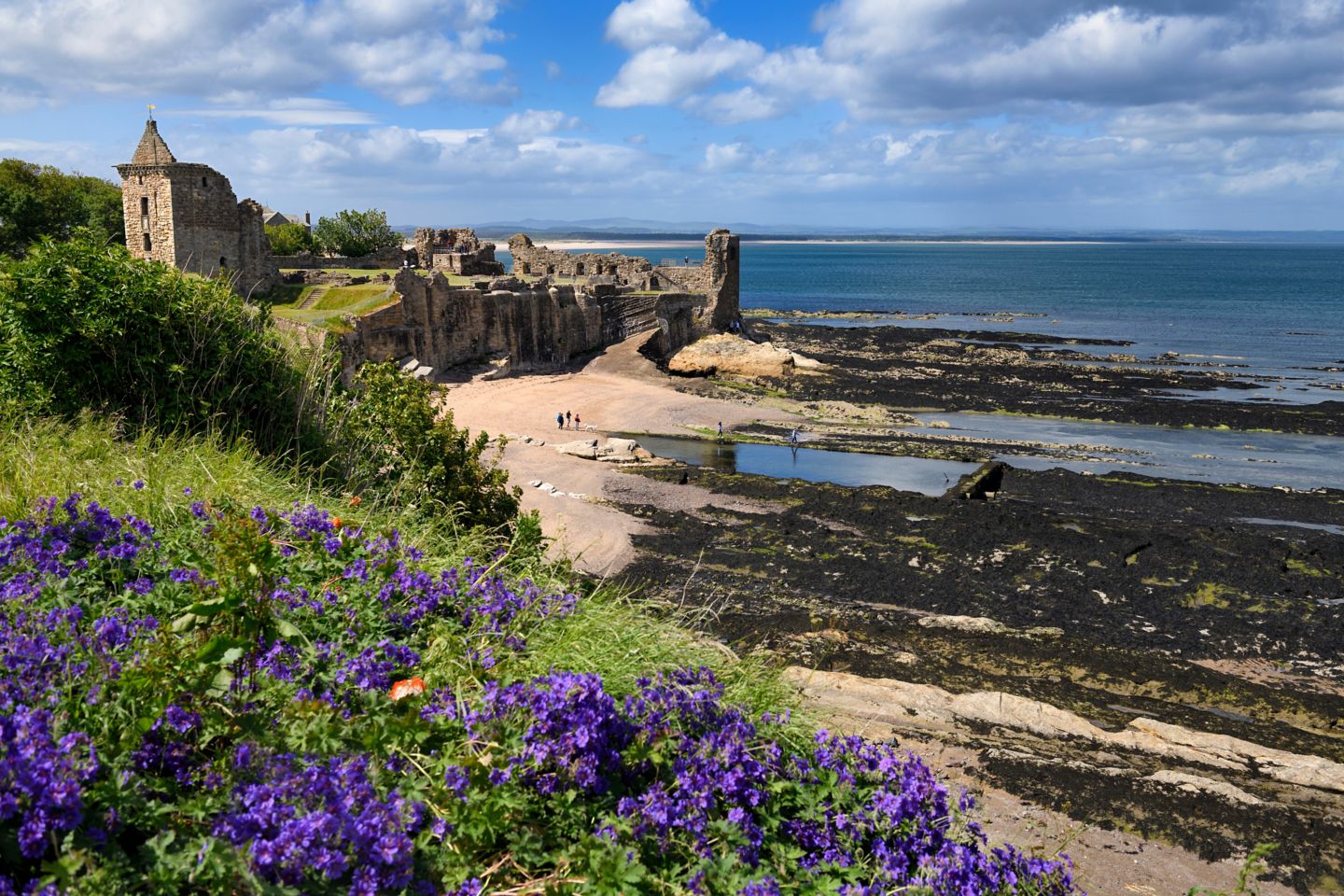 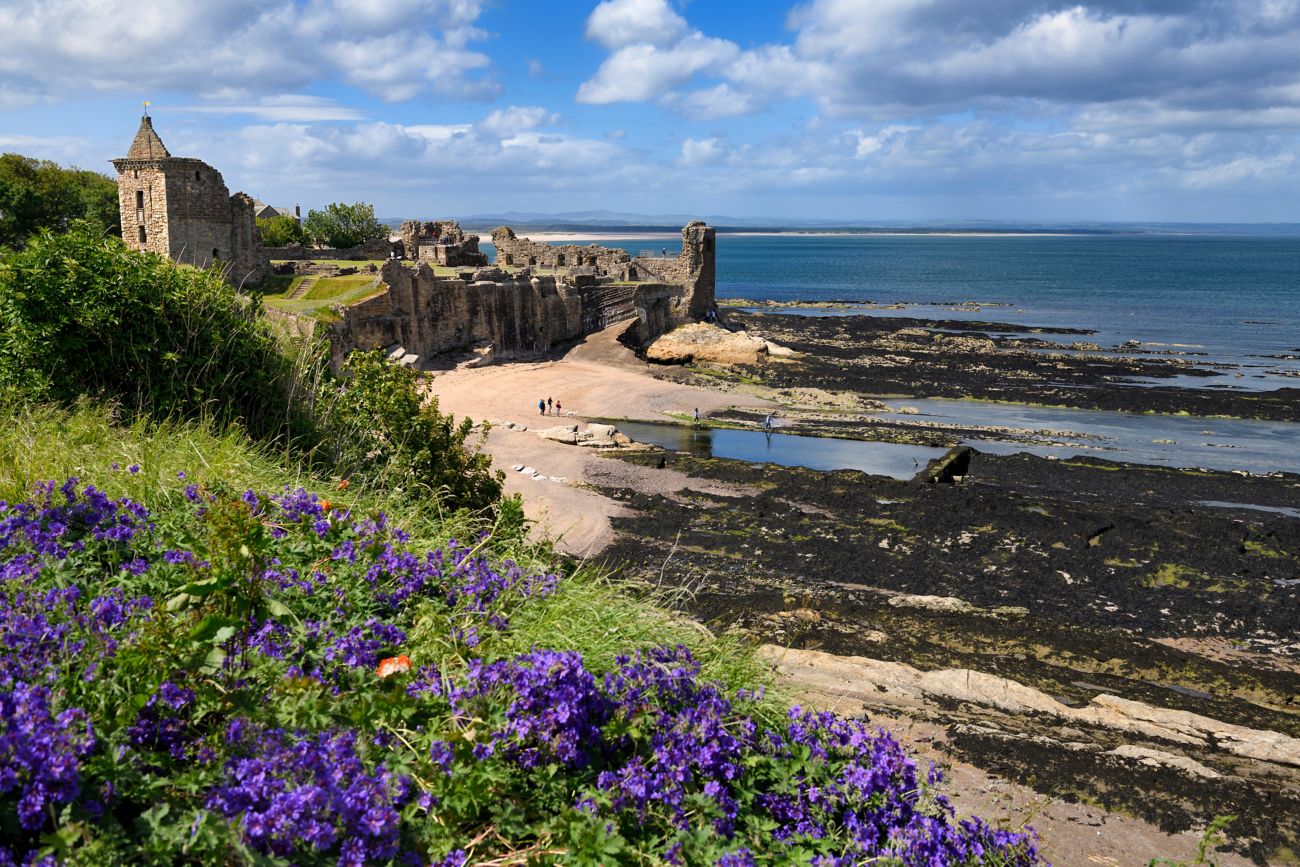 Fife Coastal Path
The Fife Coastal Path covers 116 miles (187 km) running from Newburgh, through St Andrews and around to Kincardine. The walk can be broken down to 8 mini routes giving you more time to enjoy the local attractions, picturesque views of the fishing villages and golden sandy beaches.

Fife Pilgrims Way
Another long but scenic walk is the Fife Pilgrims Way which covers 64 miles (104 km) and connects East and West Fife via paths used by medieval Pilgrims. The route can be split into 7 smaller walks starting at St Andrews Cathedral and ending in either the villages of Culross or North Queensferry. Look out for medieval landmarks and structures such as the Dunfermline Abbey and St Drostan’s Tower in Markinch along the way.