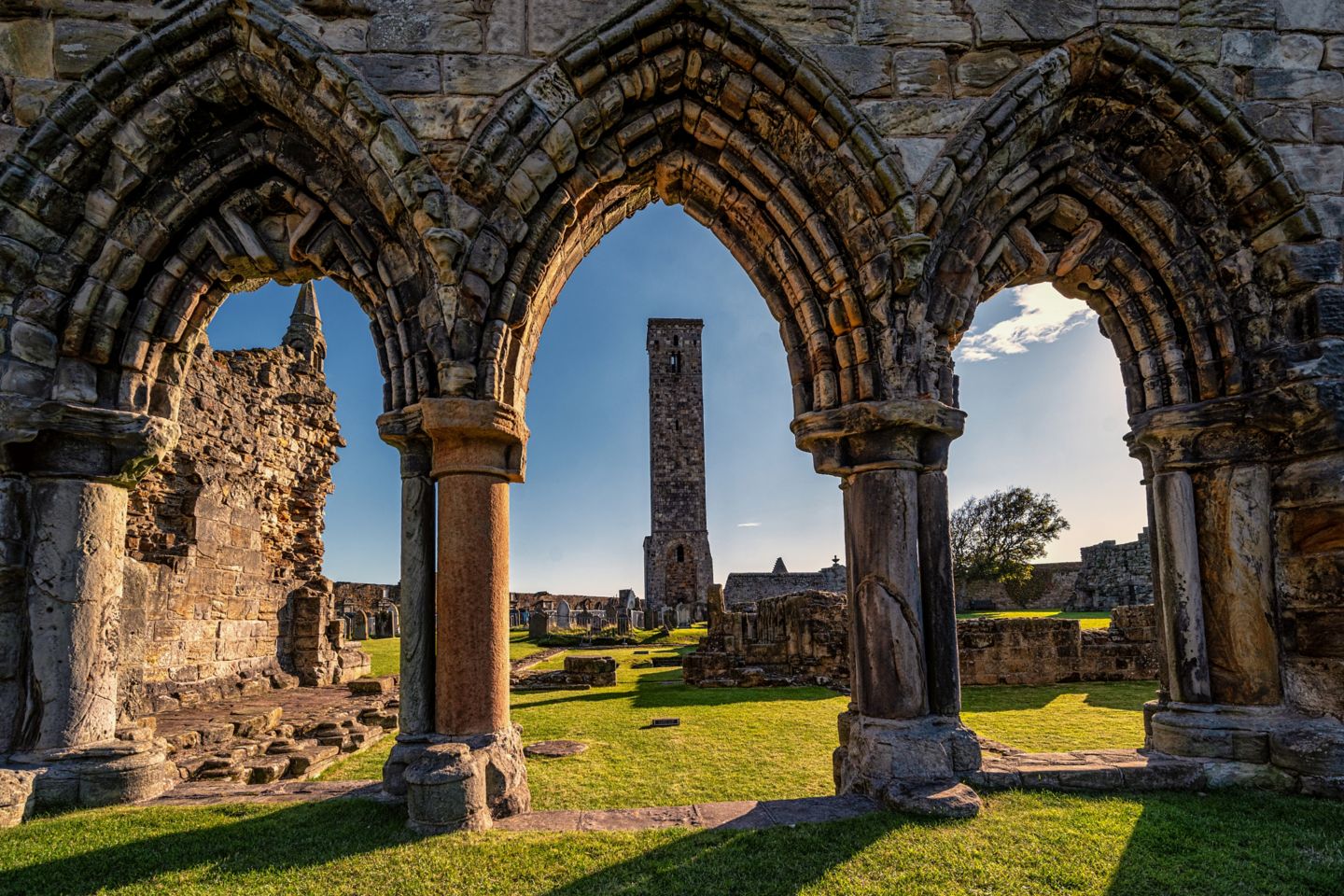 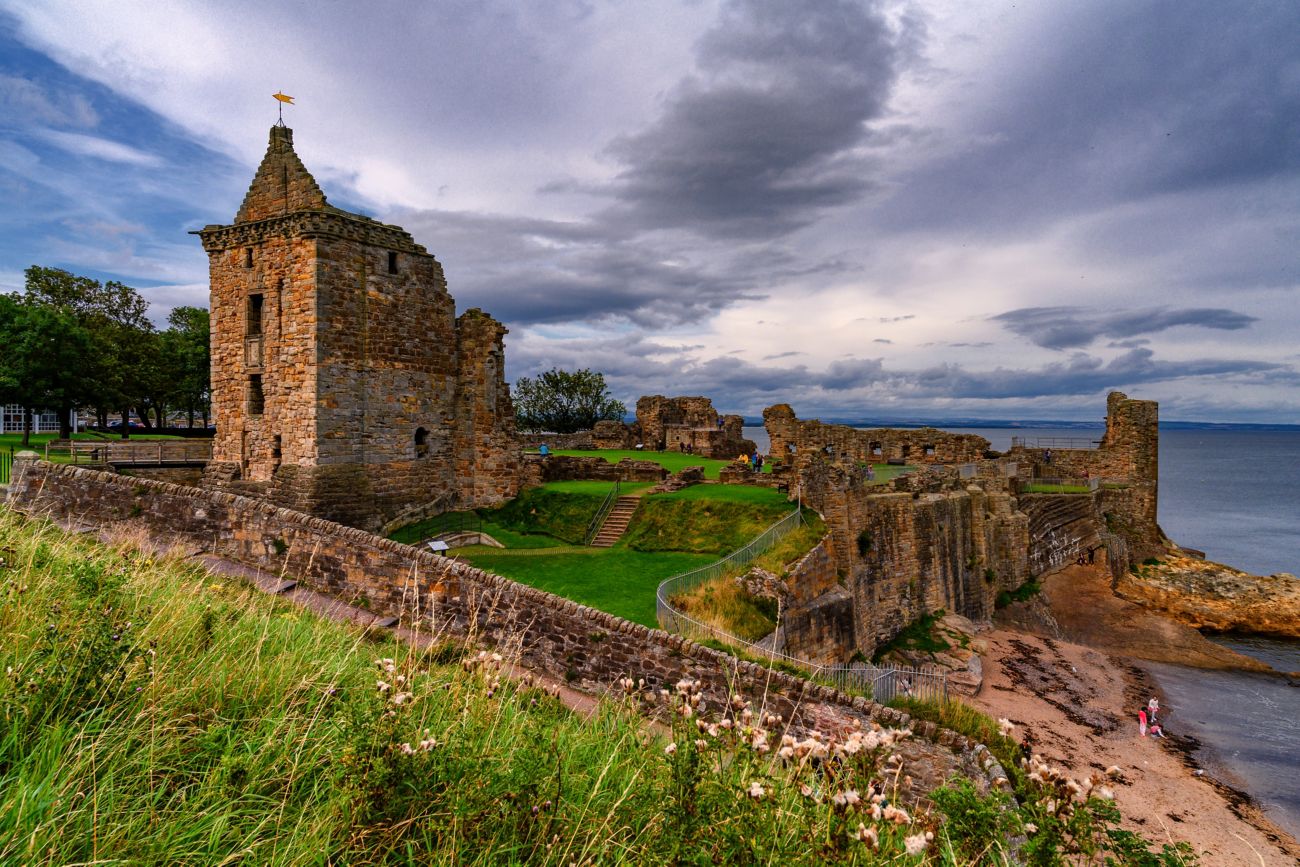 St Andrews Castle
To the north of the town and on the shores of Castle Sands stand the ruins of the city’s castle which was the main residence of the bishops and archbishops, dating, in part, back to the 13th century.

Explore the underground 16th-century siege mine and counter-mine, and the 'bottle dungeon', one of the most infamous castle prisons in medieval Britain, which was cut out of the solid rock.

The museum displays a collection of early and later medieval sculptures and other relics found on the site, including the magnificent St Andrews Sarcophagus dating back to the Picts.

St Rule's Tower, in the precinct, is part of the first church of the Augustinian canons at St Andrews built in the early 12th century. There are splendid views from the top.